The Matrix 4 is coming! Yes, its release has seen some delays due to coronavirus, but what movie hasn’t? It will be one to watch as Lana Wachowski is at the helm. That name should sound familiar as Lana co-wrote and co-directed the original that made Keanu Reeves a star, along with the other two sequels. There are a lot of details to dive into, but the first and foremost question everyone at Check Celebrity is asking is, “Will Neo be back?” Yes, Keanu is expected to return to take on his role once more, along with Carrie-Anne Moss. With the big question out of the way, here’s what else you need to know about The Matrix 4.

The Matrix 4 had an initial release date of May 21st, 2021. The coronavirus pandemic struck, and that date changed by nearly a full year. The movie was looking to come out on April 2nd, 2022. In October, we received some good news. Warner Brothers moved the release date forward to December 21st, 2021. At the time of writing, that hasn’t changed, so it suggests the producers are confident they can get the movie out for then. There is speculation that other films have suffered as a result as several other Warner Brothers movies had their release dates pushed back, including Batman and Dune. 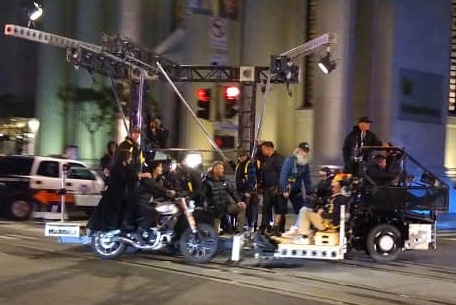 2020 is going to go on record as a pretty bad year. However, that hasn’t stopped the Matrix 4 team from getting things done. Keanu stated in an interview that effective safety protocols were in place to ensure the cast and crew were safe.

Who Can We Expect to See?

As touched on above, Keanu Reeves and Carrie-Anne Moss are both expected to return. If fact, they have already been spotted during filming as Neo and Trinity. Unfortunately, we can only speculate on how big a role they will both play.

Another possible returning character is Niobe, played by Jada Pinkett Smith. While not in the original Matrix, she did appear in the two sequels and a spin-off video game. Actor Lambert Wilson is also rumored to return. Lambert played The Merovingian, who was also known as The Frenchman in The Matrix: Reloaded and  The Matrix: Revolutions.

It would be rude to give full attention to potential returning actors. Aquaman star Yahya Abdul-Mateen II has a yet unknown role in the movie. Rumors claim that he is to play a younger Morpheus, though they are just rumors at this stage.

Other new additions to the cast include Neil Patrick Harris, who will have a significant role to play. It will be his first major blockbuster role. Before this, you most likely will know him from “How I Met Your Mother.”

Jessica Henwick is also joining the team, though, like Neil and Yahya, her role has not been disclosed. All we really know is that she is down to play a leading role. Jessica is of Marvels’ Iron Fist fame.

Who Isn’t Coming Back?

New additions to the cast are great, but for those who were there at the beginning, brace for disappointment. Two names are sure to bring a tear to your eye: Laurence Fishburne and Hugo Weaving. For Laurence, he was never invited back, though, that’s not to say Morpheus won’t return. In the case of Hugo Weaving, things were a little more complicated. He did initially have a part to play and took part in a reading with Keanu and others from the original. Clashes in schedule ultimately meant he wouldn’t be able to return.

What Will It Be About?

What will The Matrix 4 be about? The story was brought to a conclusion in The Matrix: Revolutions, so your guess is as good as ours. The people who do know, Lana Wachowski and the cast, won’t let anything slip.

Lily Wachowski, who was a co-writer from the originals, recently revealed that the first three movies were a trans allegory. This was a fan theory until it was officially confirmed. An allegory is a story with a hidden meaning, and in the first three films, Neo was escaping the identity he was assigned. Now that we know that both the Wachowskis went through gender transitioning, it all makes sense.

Will the same theme carry over to the sequel? It’s possible, as Yahya Madul-Abteen II revealed, the movie touches on themes that we should be discussing in 2020, 2021, and 2022. Reeves had similar things to say, in that the movie will be a wake-up call. What does that mean? We will have to wait and see.What we can consider is the work of the other two writers: Aleksandar Hemon and David Mitchell. With those names behind it, it is a fair guess that The Matrix 4 will give viewers a lot to take in. If you don’t recognize those names, they are both published authors and previous co-writers of Lana on other projects.

The Matrix movies have a particular style to them. What we do know, thanks to Neil Patrick Harris, is that the new movie will try something new. What that actually means is yet to be seen. Some set photos did show Keanu Reeves filming in attire that did not fit with the original cyberpunk theme. Perhaps that is a sign that the movie will truly have a different tone.

Give Us a Trailer

Despite the testing times, things are going along nicely by the sounds of it. That leads to the question, “where is our trailer?” The initial release date would have probably had a trailer coming right about now. Unfortunately, filming only recently resumed. With that being the case, we shouldn’t expect a trailer soon. Perhaps it will come around the original release date. Only time will tell, but stay tuned in to Check Celebrity to make sure you don’t miss it.

More on the topic from Matrix 4 on IMDB and Esquire